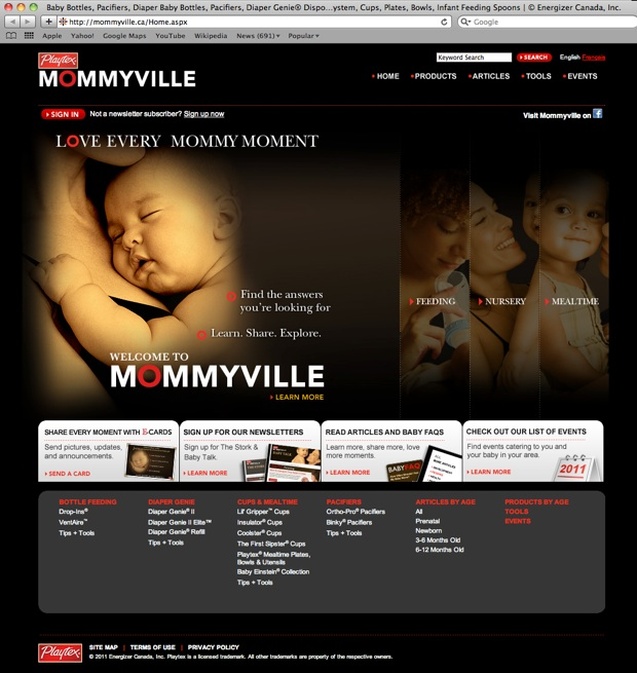 *Please note that current page reflects the original structure/creative, however there have been changes to design elements .
http://mommyville.ca/Home.aspx

Client: A Roof For My Country (ARFMC)
Agency: Y&R
Title: Sexy girl Vs. Volunteer from A Roof For My Country
Medium: Viral Video. Facebook and other social media.
Objective: To create awareness for a fundraising drive, from a Latin American organization that builds wooden homes for people who live on the streets.
Solution: There was no money to buy media, so a Facebook group for ARFMC was formed inviting Mexicans to join the page. Through donated time and energy, four videos were shot and distributed virally through social media. Enough money was raised to construct 100 homes.